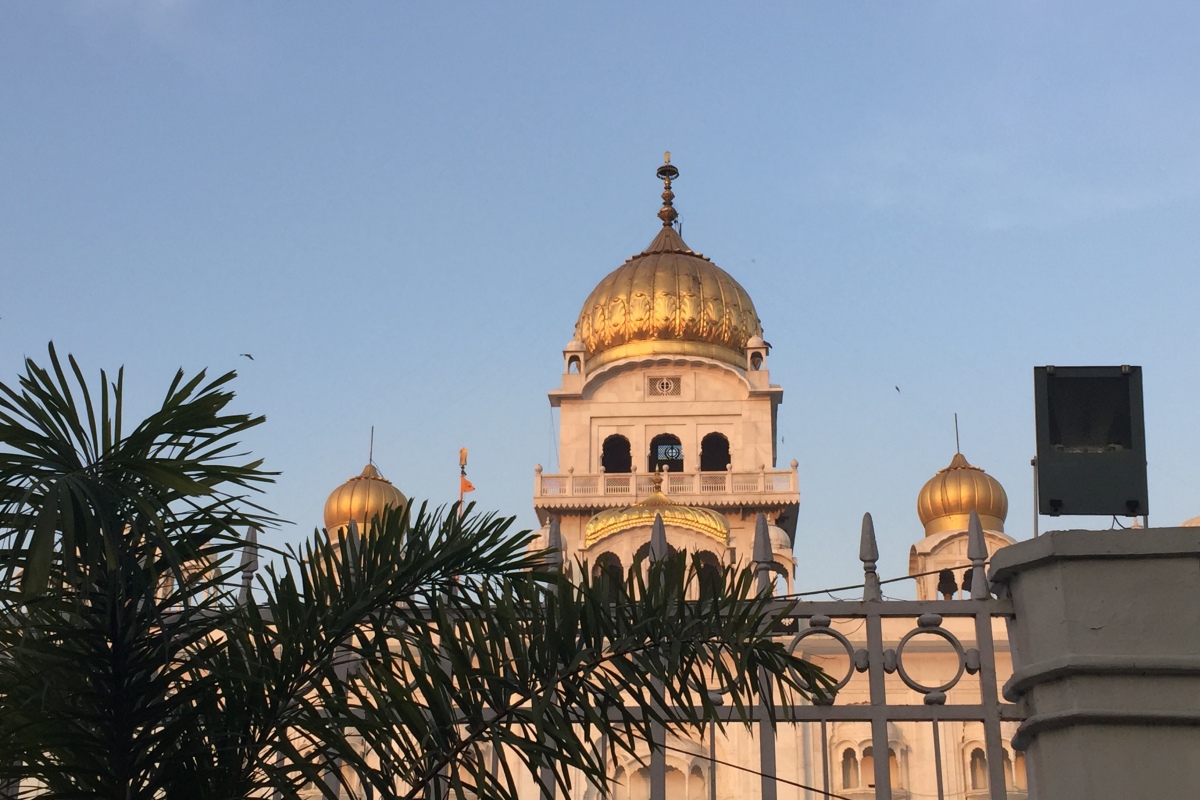 When I left home in Maidenhead a month ago, with a fat folder of flight and hotel confirmations in some ways I had no idea what would happen.  I had dates and at least one name of an alumni who had said they were willing to meet and optimism that things would unfold as I travelled.

I was in a selfishly luxurious place of being only answerable to myself as to whether this personal pilgrimage was a success or failure. My only wish was to be true to Harry’s overarching idea of promoting understanding, tolerance and international friendship and to celebrate all those who have funded it and lived it over the last century.

With Brexit, Mexican walls, dam bursts, religiously motivated violence and gender rights in Saudi Arabia, the news whilst I have travelled has focused on the negative.  I know I am very blessed to be able to do what I am doing, but the overwhelming feeling I have had as I have travelled the world is of warmth and welcome.

I have been a stranger reaching out to other strangers and whilst I am linked to a story that they are emotionally connected to, I have been truly cared for.  The I-House alumni have been wonderful and fascinating, but so have the people I have interacted with in small ways in each of the countries.  From the motor bike taxi driver who helped find me a taxi that would take me to my hotel in Bangkok when I was looking lost on a street corner, to lady who helped me buy tickets for the BART from the somewhat confusing machine in San Francisco locals have wanted me to find my way and enjoy their country.

As my dreams over the last two nights have had the backdrop of the loudspeaker chants from the 24 hour worship pattern at the Gurudwara Bangla Sahib Temple, close to the  YMCA where I have been staying,  I decided this morning to visit. Joining those going for their morning prayers I dropped off my shoes and covered my head appropriately.  It is a beautiful building and compound with white marble inlayed with coloured stones and gold patterned woodwork and roofs and patterned marble floors and walkways.  As my bare feet travelled around the inside of the Temple, with prayers in progress, and then around chilly marble at the edge of the still water of the sarovar (sacred pond), I enjoyed the rhythm of the prayers over the loud speakers around me and the sun coming up over the golden roof.

As I was leaving the Temple I stopped to read about Bhai Kanhaiya Ji, a key figure in Sikhism. It said: “His special mission was selfless service of humanity with no distinction of nationality, cast or creed.” He would roam around during the frequent sallies and skirmishes serving water to the wounded and the dying without distinction of friend and foe.  This caused other Sikhs to complain to the Guru Gorbin Singh that Bhai Kanhaiya was helping to save the enemy.  When the Guru summoned Bhai Kanhaiya to explain himself he said “Yes, my Lord, what they said is true in a sense, but I saw no Mughals or Sikhs on the battlefield. I only saw the Guru’s face in everyone.”

I am a UK trustee for a wonderful small NGO OSCAR Foundation http://www.oscar-foundation.org here in India and yesterday I visited our Delhi project. OSCAR works with kids from slum communities developing life skills and supporting education through football programs. A group of very enthusiastic children greeted me as I got off the motor bike that Peeyush the project leader had sped me through the narrow lanes on. The kids were as every inquisitive and wanting to learn about me and England and show off their english. We played on a small dusty area of open ground shared with pigs, drunks, broken glass and rubbish, all things that did not lessen the simple pleasure of kids being kids. The kids live tough lives and in our work we often come up against class, cast, education and status barriers but like Bhai Kanhaiya Ji, I hope that all of us who have been touched by the International House idea can keep seeing only brothers and sisters. 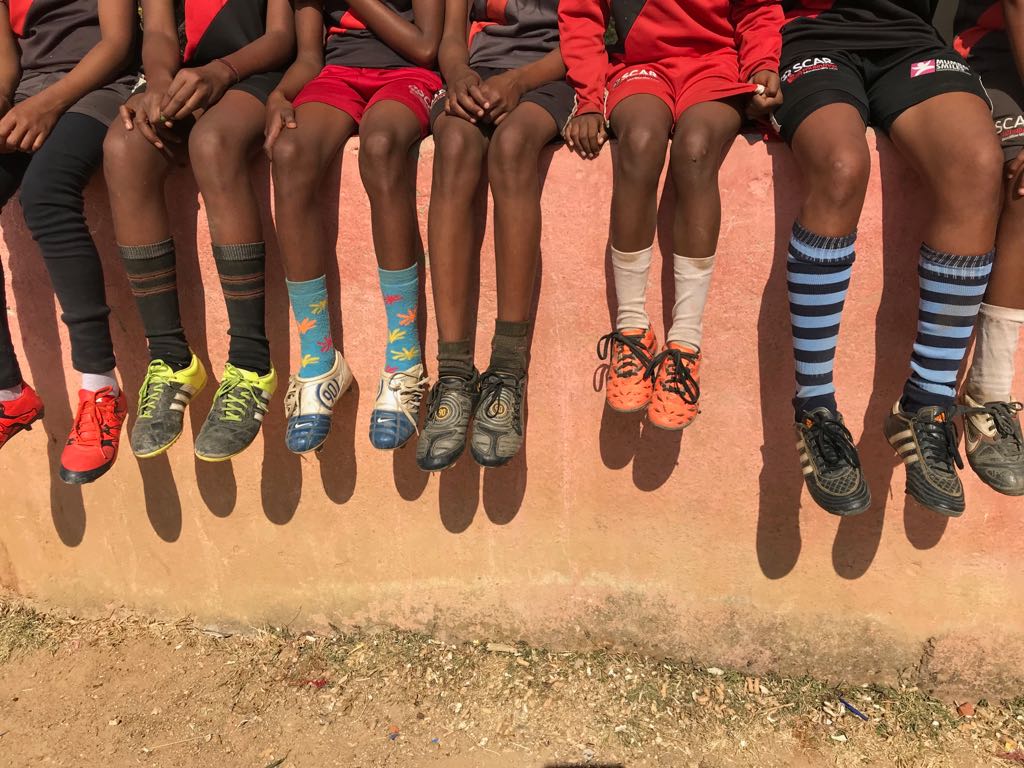 As Christmas approaches here in the UK, I have been thinking of the International Friendship part of my aim for my trip. Whilst my life has not been quite as international as some of the I-Housers I have already met, I have been very fortunate to have worked and lived in a number of different parts of the world.

My trip is an opportunity to connect with new I-House international friends, but is also allowing me to meet up with old friends too. I love my friends here in the UK, but there is something really special about meeting up with friends in other countries, it nearly always involves new experiences. By reaching out and catching up with friends on my travels I can honestly say I have had some of the most enriching times of my life and I hope have bought something to their lives too.

About three years ago I went on a trip to China with an organisation called Leaders Quest who create amazing leadership quests for NGO and business participants and I met Ashok Rathod, founder of Oscar Foundation http://www.oscar-foundation.org in Mumbai India. They work with children from slum communities changing lives through football and education. Three years on this encounter has bought me so many new things and friendships, as I am a trustee of the UK side of the charity. The feet in the picture are kids from our Jharkhand project.

My Christmas request for anyone taking the time to read this is to remember your I-House friends and to reach out and say hello to them and whenever you are travelling and have a spare evening, breakfast or lunch slot, why not spend it with someone you have not seen for a while and ‘pass the light on’.

Wishing you a happy and peaceful Christmas.